The European Union has set up a website to support consumers so that they can submit their complaints about any dispute in which they are involved. M Condomínios – Gestão e Administração de Condomínios, Lda, therefore, provides all the information you need to exercise your right to complain to an official, third-party, impartial entity for the process in question, called the “Alternative Consumer Dispute Resolution Entity”.

Alternative Dispute Resolution covers mediation, conciliation and arbitration of consumer disputes in Portugal. ADR entities are the entities authorised to carry out mediation, conciliation and arbitration which must be registered on the list of ADR entities provided for by Law No. 144/2015. They are independent entities, with specialised staff, which, impartially, on the one hand help the consumer and the company to reach an amicable solution through mediation or conciliation or, on the other hand, if this agreement is not reached, allow a decision to be taken by arbitrators in a simple and quick process, through arbitration.

When can I resort to out-of-court dispute resolution through an ADR entity?

In the event of a problem with a supplier of goods or a supplier of services, and if they cannot reach an agreement, the consumer may initiate proceedings against the supplier before an ADR entity, provided that the problem is not solved:

– they relate to contractual obligations arising from contracts of sale or provision of services;

– The contract is concluded between a supplier of goods or a supplier of services and consumers established and resident, respectively, in Portugal and the European Union.

Which Alternative Consumer Dispute Resolution body can you appeal to because of a dispute?

CNIACC – National Centre for Information and Arbitration of Consumer Conflicts

For more information on the Consumer Portal: www.consumidor.pt

Click on the button to clarify your doubts through Whatsapp. 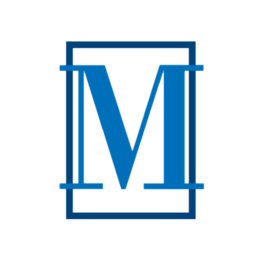 ×
We use cookies to ensure that we give you the best experience on our website. If you continue to use this site we will assume that you are happy with it.OkPrivacy policy